This is Betts’ (11-4) first professional fight outside of Thailand and only his second bout since coming back from an 18 month layoff due to injury. His last bout, an impressive and bloody victory that went the entire five rounds, can be seen here. Due to some of the cuts he sustained from his last fight, Betts said he has been frustrated at the fact that he hasn’t been able to train in the clinch or even spar with any of his fellow TMT training brethren.

“[I] have to wait for [the cuts] to heal up strong, but my trainers have been pushing me really hard on pads and making me do some insane drills to get me strong,” Betts explained.

The cover of Muay Siam Magazine showcases the Oxford, England native for the September 22 event at Seminyak Beach. The event, dubbed “Bali Muay Thai Grand Match 2012,” will include a Muay Boran fight and two WPMF title fights. For more information, check out their official website here. 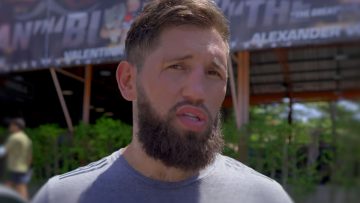