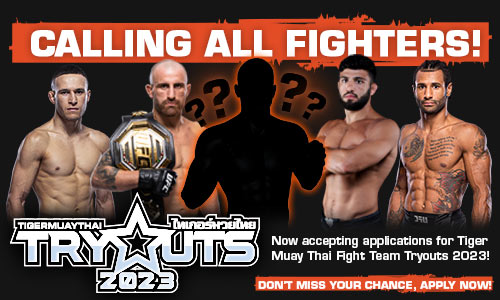 King Naruesan was known to be a skilled and fearless fighter. In 1560 he was taken captive by the Burmese during a war, and was then offered a chance at freedom under the condition that he face some of the best Burmese warriors. King Naruesan accepted the challenge, defeating every warrior the King pit against him. His freedom was granted and he returned home to Thailand as a hero and Muay Thai legend.

After hearing of the King’s bravery and ability to overtake his Burmese opponents, Muay Thai became a subject of great interest and enthusiasm among the Thai people.

Lord Mangra, the Burmese King, and his army ransacked the city of Ayudhaya in 1767. They quickly left the Thai capital after pillaging it’s magnificent temples, treasure and wealth, forcing Thai captives to carry their stolen goods and treasures before reinforcements arrived to defend the city. Among those captives was a Muay Thai fighter named Nai Khanom Tom.

A festival was in thrown as Lord Mangra wanted to celebrate his victory over the Thai. The prisoned Thai, now slaves, were ordered to fight the best Burmese warriors for his entertainment. When Nai Khanom Tom was brought into the courtyard to face his opponent, he asked for a moment to prepare. He began making his way around the courtyard dancing in a slow ritualistic fashion while waving his hands and arms. The Burmese fighter looked on timidly, fearing that Nai Khanom Tom was cursing him with evil spirits before their match. When asked to explain what he was doing, Nai Khanom Tom told them that the dance was to give respect to his Muay Thai teacher, the art of Muay Thai and his country. It is believed that this legend explains the origins of the Wai Kru, which is still performed by all Thai fighters before a match begins.

Nai Khanom Tom beat his Burmese opponent effortlessly, employing a series of hard kicks and elbows. The fighter insisted that the Wai Kru had cursed him, causing him to lose the match. Nai Khanom Tom went on to defeat 10 more Burmese warriors using combinations of strong, chopping, debilitating kicks and elbows, fast and explosive punches, and throwing his opponents to the ground. Impressed by Nai Khanom Tom’s skill, the Burmese King granted his freedom after he defeated his final opponent and rewarded him with several Burmese women to be his wives and concubines. Nai Khanom Tom returned to Thailand as a hero and spent the rest of his life teaching Muay Thai. His legend is so well known that he was named the “father of Muay Thai”, and Muay Thai day (March 17) is now a celebration in his honor.

In 1788, under the reign of Rama I, two brothers from France were traveling throughout Southeast Asia to study, wager, and fight against tribes throughout the area in an attempt to gain experience from the varying styles of martial arts. When the brothers arrived in Thailand a fight was arranged by King Rama and Pra Raja Wangbowon, the head of the royal boxing ministry. The Frenchmen arrogantly boasted about their victories in the many countries they had visited. A large wager was put on the fight, and the King chose his captain of the palace guard to compete against one of the brothers for the honor of the country.

As soon as the fight began, the Thai swiftly danced around the French fighter, moving in and out of his reach and putting distance between them by kicking him in the legs and abdomen. The Frenchman was not used to this style of precise, agressive fighting and quickly became enraged when he could not hit his Thai opponent. In an effort to save face, the other brother pushed the Thai from behind, closing the gap between the two fighters and putting the Thai in the reach of his brother’s attacks. The audience of spectators and other Muay Thai fighters were greatly angered because this act violated the rules and spirit of the art and sport. The Thai fighters retaliated by tackling the brothers to the ground, sumitting them until they could not rise due to the pain and exhaustion. The French brothers left the country the next day, defeated and humiliated. The popularity of Muay Thai continued to grow along with the national pride of the Thai people for their martial art.

Muay Thai – The Sport of Kings

The Tiger King of Thailand

Thai royalty has always played an important and influential role in the development of the art and sport of Muay Thai, which is also called “The Sport of Kings.” King Sri Saan Pech, known as “The Tiger King,” loved the sport but could not acquire a fair fight (or any fight) because he was King and held in such high regard. He became infamous for disguising himself behind a mask to compete annonymously in tournaments at festivals, fairs, temples and other events. If his Thai opponents knew it was really their King behind the mask, they would have bowed before him and respectively pleaded not to fight. Sri Saan Pech wanted fair matches, so he continued to disguise himself in order to participate in the sport he so loved. Today, Thai people still hold their king in such high regard.

The Thai Monarchy has had great influence in the development of Muay Thai as a national sport outside of the standard military requirement. Kings would hold epic week-long festivals that would draw fighters from all parts of the country to the major cities to participate in the spectacular Muay Thai tournaments. In the early 1900’s, the sport quickly became a centralized and marketable attraction. Occasionally, when high-ranking Thai officials had disagreements, they would settle their disputes by organizing a Muay Thai fight, where each fighter would represent the interests of one of the government officials.

The Thai people are known for being superstitious and believing in evil spirits and ghosts. For centuries Muay Thai fighters have used sacred tattoos, wards, amulets and spiritual ceremonies to ensure their good fortune and ward off bad luck and evil entities that may follow them into the ring. They often wrap fragments of their ancestors bones in their headdress (Mongkong) or armlet tied around the bicep. This act represents the good spirits of their ancestors and protects them from injury and evil spirits in the ring.

Some fighters and Thai people will go to temples (Maa Doo), a witchdoctor/medicine man, or a high-ranking priest to have Thai inscriptions tattooed into their skin. These markings are believed to be powerful and provide protection from negative influences like bad luck, ghosts, spirits, etc.

Other tattoos are told to grant strength, courage, long-life, or sexual prowess. Before a fight, many times fighters would rub special oils and herbal mixtures or potions on their skin to make them invulnerable and impervious to pain and injuries.

Special amulets (Kreung Rang) worn around the neck were believed to weild distinctive magical powers. Some amulets contained written inscriptions with wards and protections rolled up in a small cylinder. Others came from important temples and bore images of Buddha or highly-revered monks. The form in which these blessings came was beside the point; they were all meant to give the fighter confidence in the ring.

Initiation and Entrance to Muay Thai

The Buddha was, and described himself as, both a student and teacher. The teacher is respected and held in high regard in Thailand. When young men want to become Muay Thai fighters, paying respect to their Muay Thai teacher (Kroo Muay) and the gym where they will train is essential. The student must perform the Yok Kroo or Kuen Kroo. Becoming a Muay Thai fighter is not something to be taken lightly. It is not just a respected Thai tradition, it is also a way of life.

Every Master Thai instructor has a different style when it comes to teaching and performing the Yok Kroo. There may be a monumental initiation where the prospective student will spend time meditating at a temple, or performing ritualistic tasks to build character. They are also usually expected to give a gift, such as white linen cloth, flowers, joss sticks (incense), and some small monetary offering.

On favorable days, like Thursdays for good luck and prosperity, fighters would gather to welcome the new student to the camp and eat together. The Master Thai instructor would ask for a blessing from his new student before placing the traditional Mongkong on the student’s head and tying an armlet (Pra Jer) on his bicep.