CALLING ALL FIGHTERS! The famous Tiger Muay Thai Tryouts are returning in June this year! 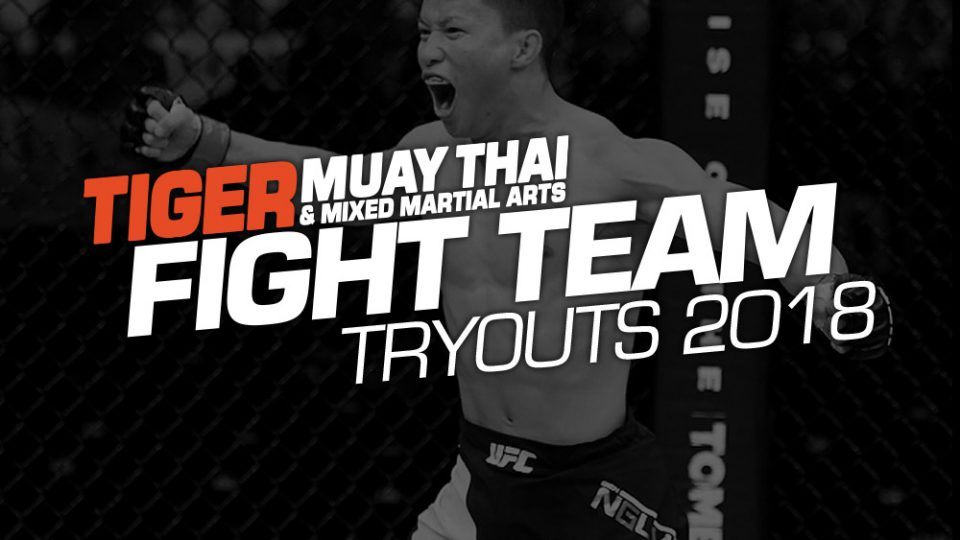 This is the opportunity of a lifetime for the selected few to become a full-time fight team member, enjoying the all benefits that our Tiger team has to offer.

The famous Tiger Muay Thai Tryouts are returning in June this year! We are looking for talented, dedicated fighters to join our world class professional Muay Thai, MMA & kickboxing fight team. Winners of our tryouts will receive a spot on our team and 1 year of accommodation, meals, and fight management.

To find out more information and fill out the online application form to take part in the tryouts visit the application page.

Winners of our past tryouts have gone on to achieve massive success in their careers.

Some of these include:

Dave Leduc
A winner of the 2016 tryouts, Dave has been with us ever since and is now the undefeated world champion of Lethwei (Burmese bareknuckle boxing)

Alex Volkanovski
Alex came to the 2014 tryouts with an MMA record of 4-1. Since winning a spot on the team that year, Alex has gone on to win the PXC, AFC and Woolongang titles, and now fights in the UFC where he is undefeated, with an overall MMA record of 17-1.

Ben Nguyen
Since winning one of the spots on our MMA team at the 2013 tryouts, Ben achieved international fame as the “bully slayer” with his 20 second KO win over Julian Wallace (which has amassed over 200 million views on social media) and now fights in the UFC.

Kev Foster
nglish Muay Thai fighter Kev Foster was a winner of the 2014 tryouts and went on to become a regular fighter on Max Muay Thai and WPMF shows, where he accumulated many knockout victories over opponents such as Eddie Martinez and Anes Singpatong.

Grigory Popov
Grigory came to the 2014 tryouts with only 2 pro MMA fights on his record, and since winning a place that year he now has a record of 12-1 and is ranked #10 of all Russian flyweights.

Kaiwhare Kara-France
Kai impressed at the 2013 tryouts, and has gone on to compete on The Ultimate Fighter and become the #2 ranked bantamweight currently fighting in China.

George Hickman
A winner of the 2014 tryouts, George has since seen success in promotions such as Kunlun, Art Of War and Phoenix FC, and is now our head MMA coach!