One veteran Women’s Muay Thai fighter, Chantal, and one in her first fight, Varanika, both scored wins by KO at Patong Stadium on September 15, 2008.

Chantal, a veteran fighter, scored a 2nd round KO over her stocky opponent. Chantal was cool, calm, and ready as she reda her opponent well and used her height advantage. After warming up in the first round, Chantal exploded in the 2nd round scoring 3 quick knees to her opponents head inside Chantal’s firm clinchwhich was enough for the referee who quickly stepped in before the fighter took any more damage. 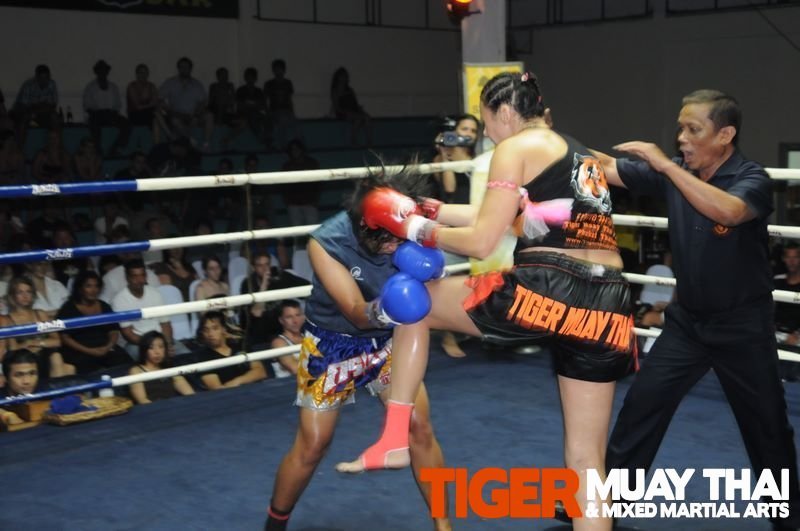 Varanika, in her first fight for Tiger Muay Thai and training with us for the next year, looked fantastic in her debut fight against veteran Nahmphon. Scoring high and low and showing excellent conditioning, varanika opened up in the 3rd round and pummeled her opponent in the corner with heavy-handed shots to the face and head before the referee stepped in and called the TKO. 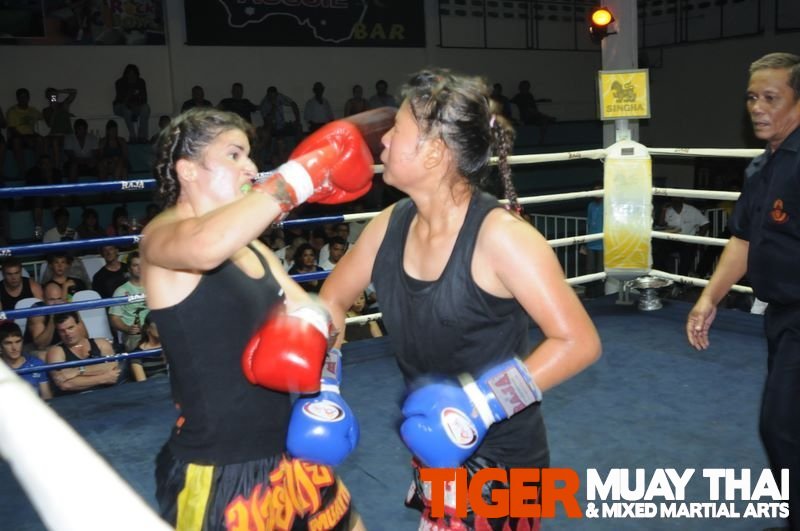 Congratulations to both TMT’s women fighters on great fights.

For all the Muay Thai fight photos see www.fightingthai.com

For all the Muay Thai Fight Videos check out www.tigermuaythai.tv