It was an exciting night of fights for Tiger Muay Thai and MMA Training Camp fighters on the evening of October 14, 2008 in Patong, Thailand as TMT fighters went 2-1 in a series of great fights. Caden moved his Muay thai fight record to 2-0 after going to war with Thai fighter Inseedum. Caden suffred a bad cut in the 2nd round courtesy of an elbow, but undeterred, Caden stayed with his game plan and finally KO’ed Inseedum with a hard knee to the solar plexus. 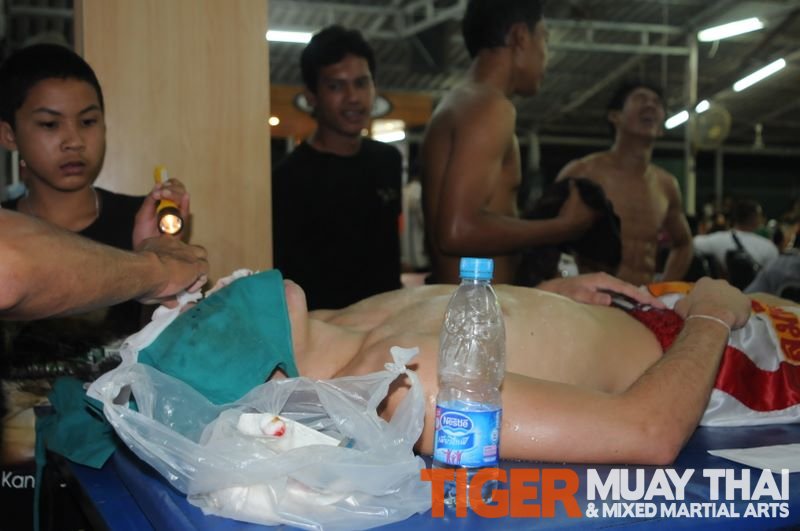 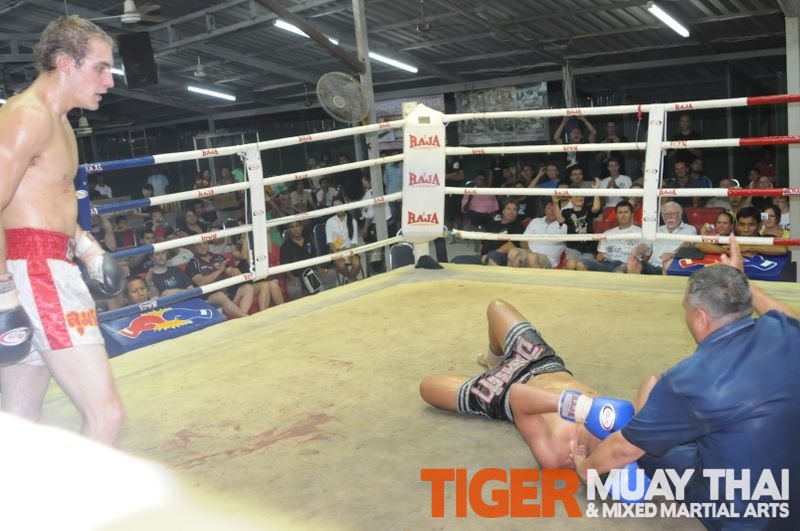 “The KO” and the “getting stitched up”

caden looked impressive in his 2nd Muay thai fight showing outstanding stamina and good technique by going to solid knee strikes in the 4th round and following his corner’s advice between rounds.

In the 2nd fight of the night, Robert Lek took on former champion Mahachai and dominated a 5-round points win. Robert Lek was the active fighter in the 4th and 5th rounds showing superior conditioning. Ahead on points, the referee stopped te fight early in the 5th round with Mahachai “out of gas.” 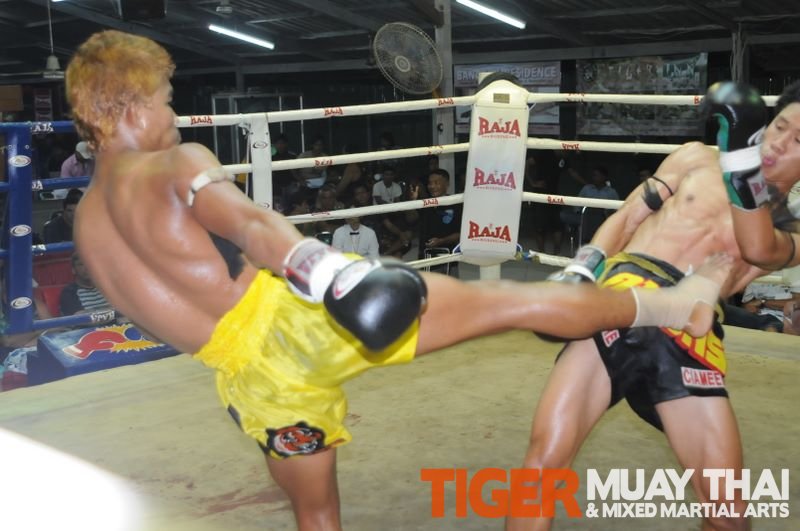 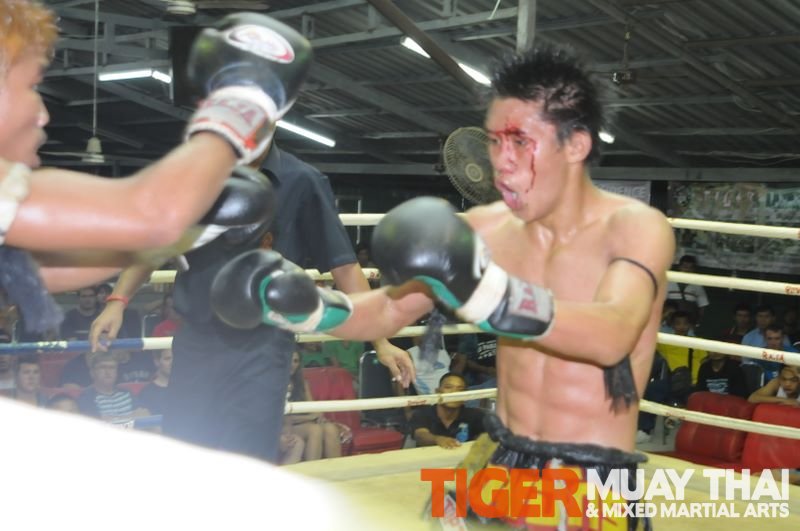 Robert Lek “bloodies” up Mahachai on way to points win

Ngoo’s winning streak came to an abrupt end in the 3rd round of his rematch fight with Jaiphet. Lookking good in the first 3 round, Ngoo scored a big overhand right but over-extended himself and in return was caught with a big elbow and sustained a broken nose. Look forward to a grudge match between these two evenly matched fighters which are now 1-1. 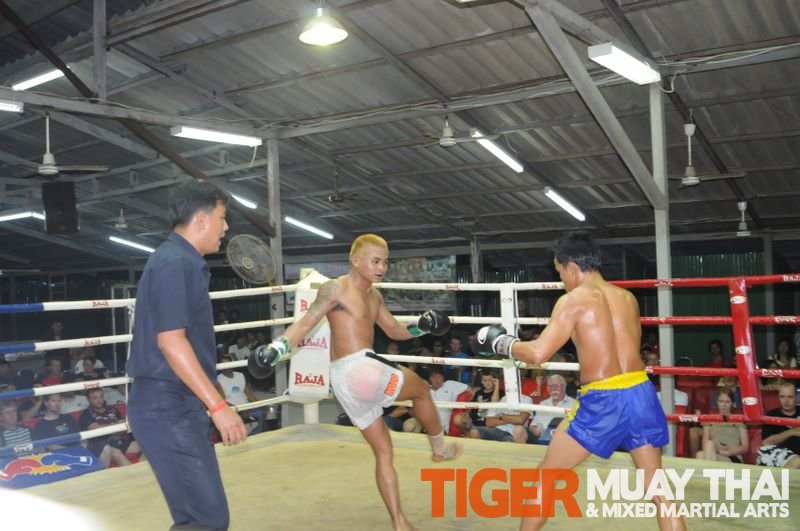 Ngoo looked good early, but got caught with an elbow losing fight and setting up a grudge match