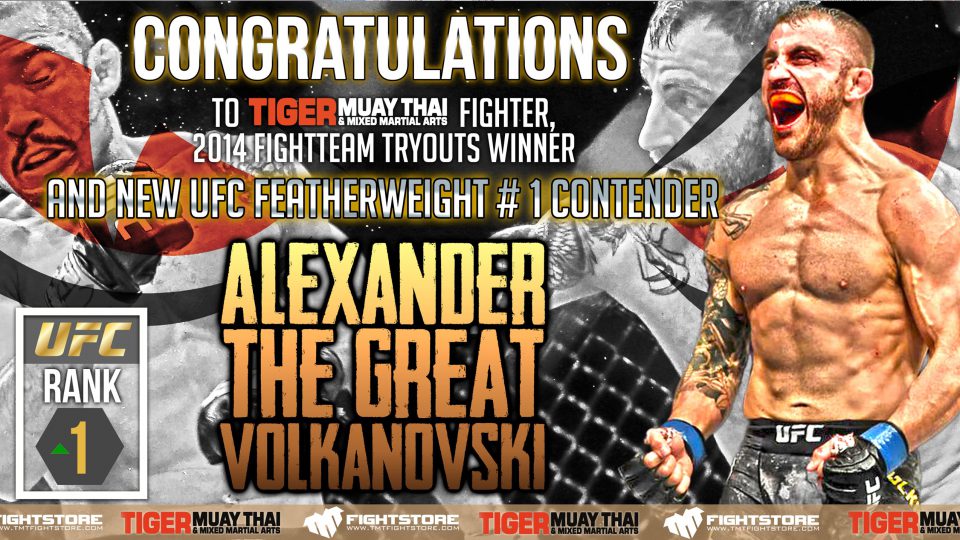 Congratulations to Tiger Muay Thai sponsored fighter Alexander “The Great” Volkanovski on moving up to the number 1 contender spot in the UFC featherweight rankings, following his dominant win over former champion Jose Aldo at UFC 237 this past weekend!

What a way Alex has come since winning a spot on our fight team at the 2014 TMT Tryouts, going undefeated and impressively defeating many of the best featherweights in the world.

Who else thinks that Alex should be the one receiving the next title shot against Max Holloway?