Three for Three with Three KO’s was the tlly for the evening for Tiger May Thai and MMA training camp fighters on the evening of October 2, 2008 @ Phuket Island’s famous Patong Muay Thai Stadium as Randy (USA), Cyrus (USA), and Ritt (TMT Trainer / Fighter) all scored KO’s in their fights.

Randy beat a fighter many years his junior and looked in fantastic shape as he battered the younger fighter for his first KO win this trip to TMT.

For all the fight photos see www.fightingthai.com 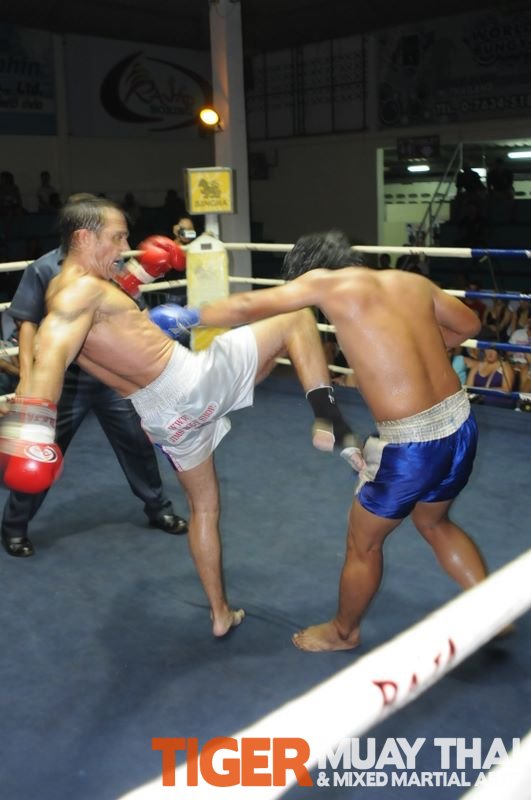 Cyrus eneterd his grudge match against Thonpet and put to doubt any questions about his combining Muay Thai and other Martial Arts skills as a head kick dropped Thonpet before Cyrus moved in with some lethal combinations to win the fight and the Patong Championship Belt. 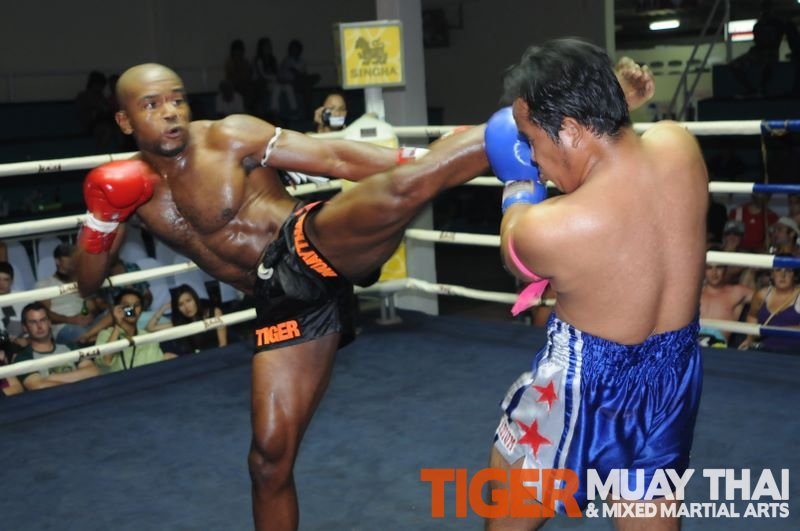 Ritt continued his win streal going 10-0 with another left hook KO. Ritt has been on a tear lately and owns all 3 stadium titles on Phuket: Patong, Bangla, and Kata.