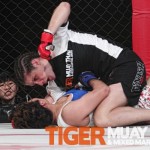 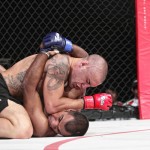 Claire was participating in the first ever female MMA fight held in the country of Singapore on ESPN and Elbe was fighting for the Superfight Championship Title.

The day after Claire won with a 2nd round ground-n-pound submission over her opponent, she and ray were featured on Singapores popular TV morning show, “Good Morning Singapore in English.