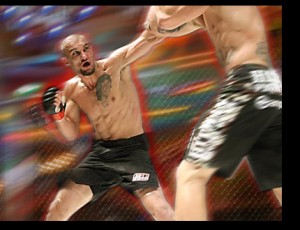 Sometimes things just work out. Or you can say hard work pays off for those who keep to the grindstone. I am the owner of Tiger Muay Thai, and  seven-years- ago, I was purposeful in my approach in bringing a real MMA instructor for our MMA program to Phuket and Tiger Muay Thai…..the MMA had yet to truly arrive. After a series of trainers like Alex Reed, J.P. Pocock, and Daniel Sainty, going through three solid trainers in less than 1 1/2 years, I took an ad out in MMA.TV…..here is where the destiny and sticking to my purpose part comes into play.

After posting an ad “MMA Trainer wanted in Phuket, Thailand,” I expected replies like “How do you say that name?” and “Where is Phuket?” But out of several intriguing prospects, a sold MMA vet with a Blue Belyt in BJJ answered the add. My first question: “Are you willing to stick around dedicate yourself to building a real program or are you another MMA fighter looking for some fun in the sun and a cool vacation teaching some MMA in Thailand.

I still remember the reply from this young and cocky BJJ Blue-Belt named ray Elbe with a reputation already ranked #5 on Sherdog for all-time wins by armbar. He was articulate,educated, knew what he was talking about, already had gone over a game-plan, and was committed to building a solid MMA program. While there were other possibly more qualified or higher ranked in BJJ fighters vying for the position, my choice had already been made. Some people may call what I did bringing in this young man to run a fledgling MMA program a gamble. Sorry, I don’t gamble, I just saw Tiger Muay Thai’s MMA “Ray of Destiny.”

The following article by former Muay Thai Phuket magazine editor James Goyder for ESPN’s Martial Combat is the rest of the story.