WE ARE RE-OPENING! As of 1st of June we will gradually reopen in line with government guidelines, for the first 2 weeks we will be offering FREE limited Fitness classes and use of the weight rooms. Privates lessons will also be available. Click to read more 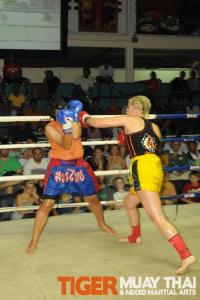 On the 26th of August, Simon and Kok continued their winning streaks as each fighter won their fights on points at Bangla Muay Thai Stadium against their Thai opponents. 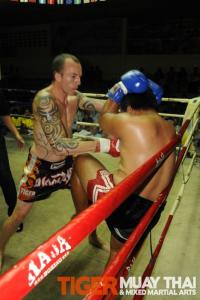 On Aug 27th, at Patong Muay Thai stadium, Tiger Muay Thai fighters Charlotte and Mark scored 2nd round knock-outs. Charlotte scored a knee strike KO against her Thai opponent while Mark scored his KO with a a nice elbow strike.