Tiger Muay Thai and MMA Training camp fighters Laura and Rasmus went 2-0 with two knockouts in Ptong on October 17, 2008. Laura was expecting a really tough fight against her bigger opponent, but even after a semi-cheap shot at the touching of gloves to begin round 1, Laura was all business as she took it too her Thai opponent. Brushing off a low leg kick, laura went to the clinch and landed a perfect liver strike with her knee dropping her opponent fr the count in the 1st round. 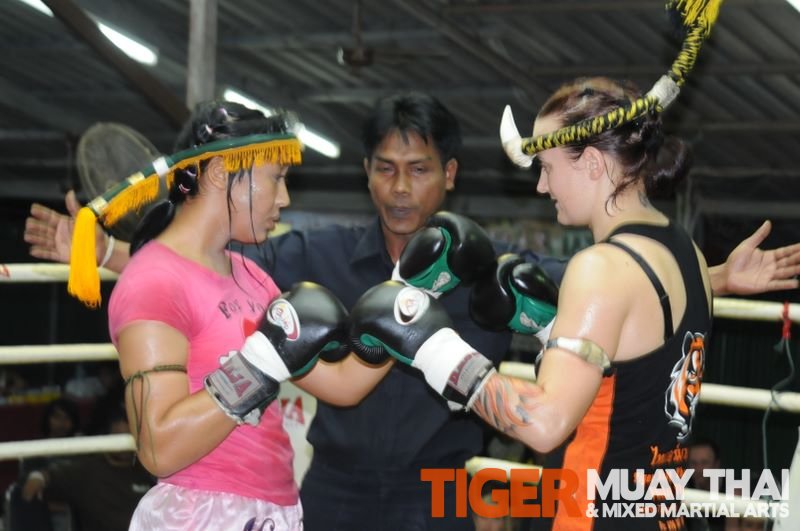 Rasmus won his first fight in Thailand with a dominant performance demonstrating excellent technique and strategy against the more experienced Thai fighter. Rasmus took his time executing techniques advised from his corner and waiting for the opening which came in the 3rd round with a solid combination and body shot that put his opponent down fo the count. 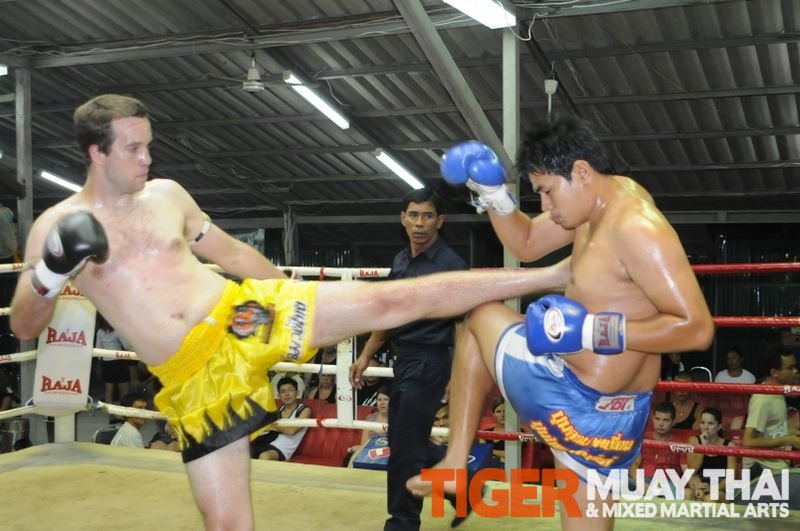 For all the Muay Thai fight photos see www.fightingthai.com