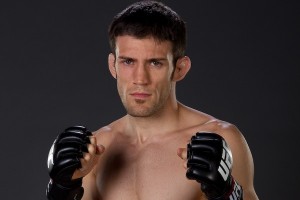 The 12th season of Spike TV’s popular original series,  “The Ultimate Fighter,” will feature 28 of the best up-and-coming mixed martial artists in the lightweight division (155 lbs) competing for a six-figure contract with the preeminent mixed martial organization in the world, The UFC.

As in prior seasons, 14 of these competitors will win a preliminary bout to gain a place in the Ultimate Fighter House and a chance to be coached by either GSP or Josh Koscheck.

After filming ended, JJ Ambrose has decided to head to Tiger Muay Thai as he prepares for his next MMA fight–a bout to be announced later.

JJ Ambrose has a professional MMA record of 14-3 and is a veteran of the Affliction, and Total Combat fight promotions. Training out of the American Kickboxing Academy facility, he has trained with other TMT Alumni including Bobby Southworth, Mike Swick, Jon Fitch, and Nate Moore.  Ambrose will be staying 3 weeks in preparation to his next fight.