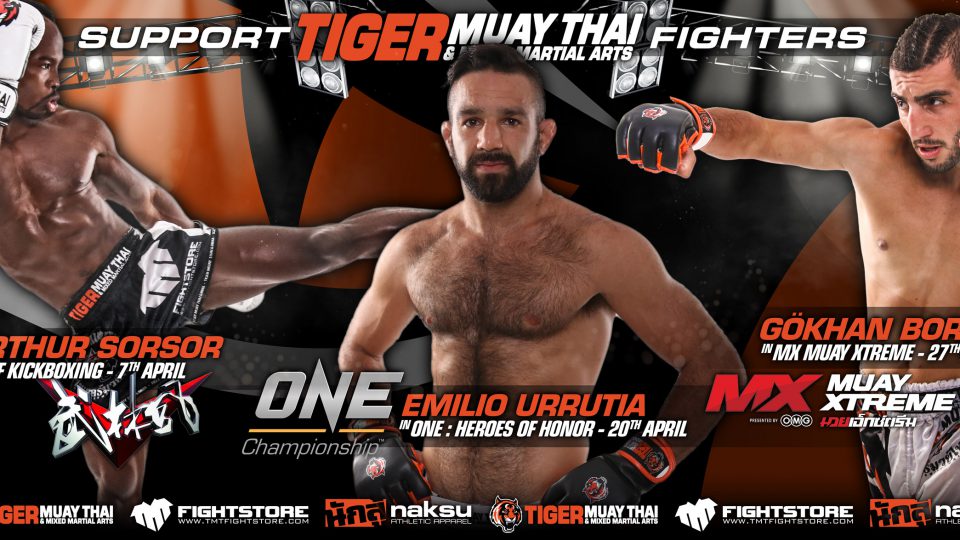 April is another big month of fights for Tiger Muay Thai fighters:

April 20th – Fresh off of his impressive KO of Bruno Pucci, Emilio “The Honeybadger” Urrutia returns to ONE Championship in Manila where he will face Marat Gafurov.