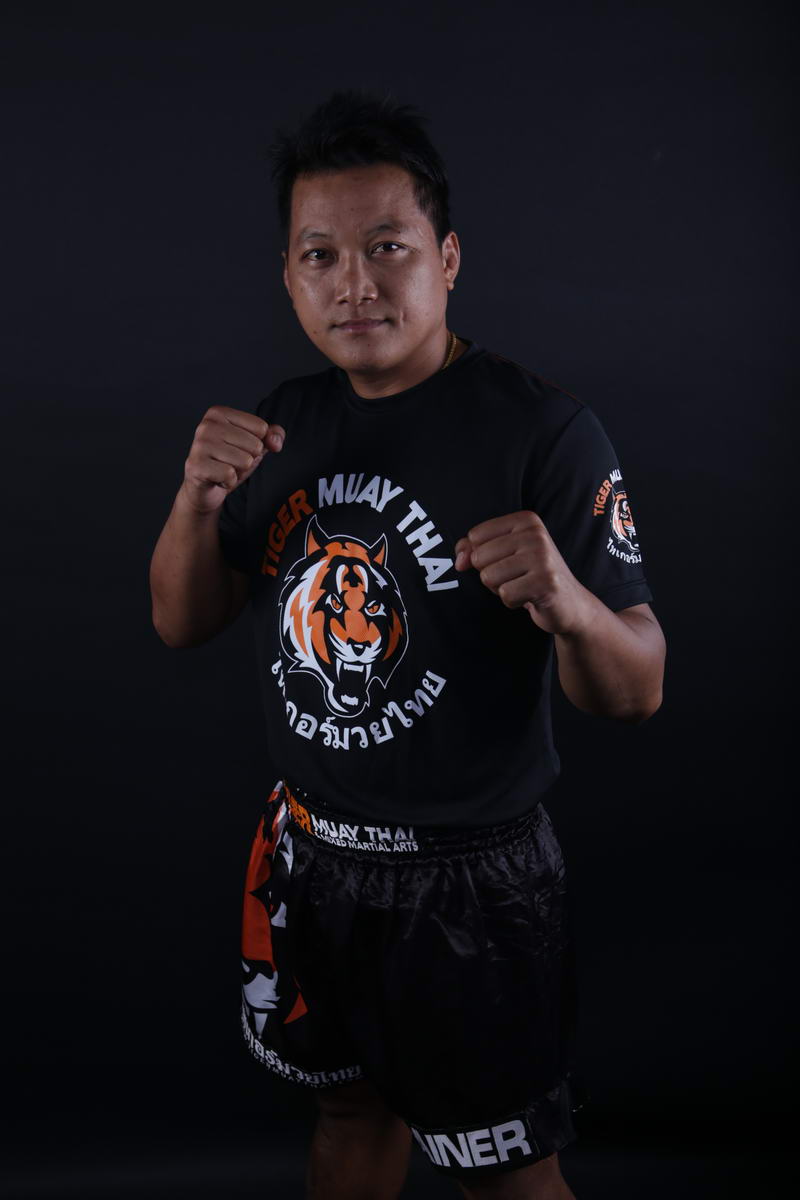 The most recent addition to the Tiger Muay Thai trainer team, Deachkalon Sor Sumalee aka Oron is one of the most outgoing and playful personalities in Muay Thai.

Fighting since the age of 12, Oron has racked up well over 300 fights and has many years of experience fighting at Lumpinee and Rajadamnern stadiums in Bangkok where he was ranked number 1 in the 122 pound weight class. Oron has also fought internationally, including in the UK where he won the WMC UK Superfly 59kg tournament.

Now a trainer in the beginners ring at TMT, Oron shares his huge experience and knowledge while also still competing himself.