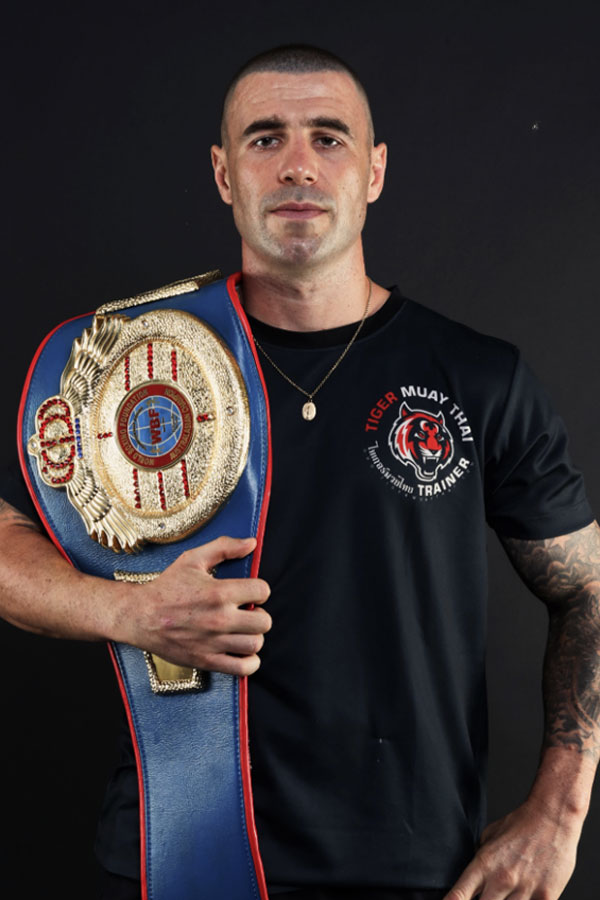 Born in Buncrana, Ireland, as a youngster John got started in boxing under the tutelage of legendary Irish coach John Breen. Following a successful amateur career that saw him win Irish titles, John moved into the pro ranks and earned the nickname “The Buncrana Banger”.

Fighting in Ireland, the UK, Australia, Thailand and the USA, John amassed a record of 12-2-3 and won the WBF Australasian Super Middleweight Title.

Throughout his career, John travelled around the world to train with some of the best fighters and coaches in the world such as Glenn McCory, Tony Borg, Nicky Cook, Peter Welch, Joe Ricciardi and Jeff Horn.

John now shares the vast knowledge he has gained in the western boxing classes here at Tiger Muay Thai, as well as coaching many of our top fighters (including UFC Bantamweight Champion Petr Yan).