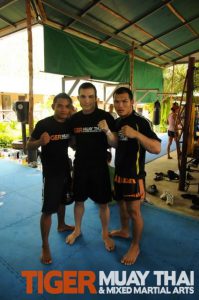 Congratulations to Gracie Barra Black Belt Alberto Crane on his recent submission victory in France. A UFC veteran and former Brazilian Jiu Jitsu World Champion, Alberto Crane is a Tiger Muay Thai and MMA training camp, Phuket, Thailand Alumni. Competing as a Co-main event for the FMC Alberto Crane put his grappling abilities on quick display as he easily secured the leg lock submission in the first round. With the victory, the former KOTC LW Champion, Alberto Crane has now won 3 in a row bringing his professional MMA record to 15-5.

With a couple more strong performances Crane should be back on the radar for one of the major fight promotions.