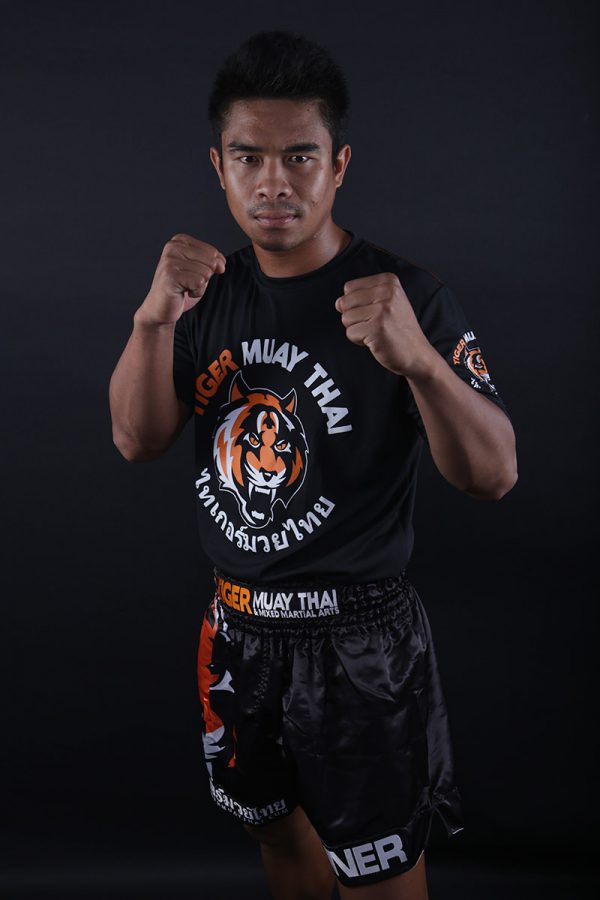 Born in Buriram province in North eastern Thailand, Saeksan developed his Muay Thai skills from a young age at the famous Sit-O gym and started fighting at 8 years old.

Saeksan is a veteran of Lumpinee, Rajadamnern and Channel 7 stadiums in Bangkok, where he fought under the fight name Saeksan Chor Boodpak and competed in the prestigious Tiger Cement Tournament. Known for his beautiful technique and explosivity, Saeksans favorite Muay Thai weapon are elbows with which he has knocked out many opponents.

Since moving to Tiger Muay Thai 3 years ago, Saeksan has developed into a great trainer and has become so popular that he has also traveled several times to teach internationally.