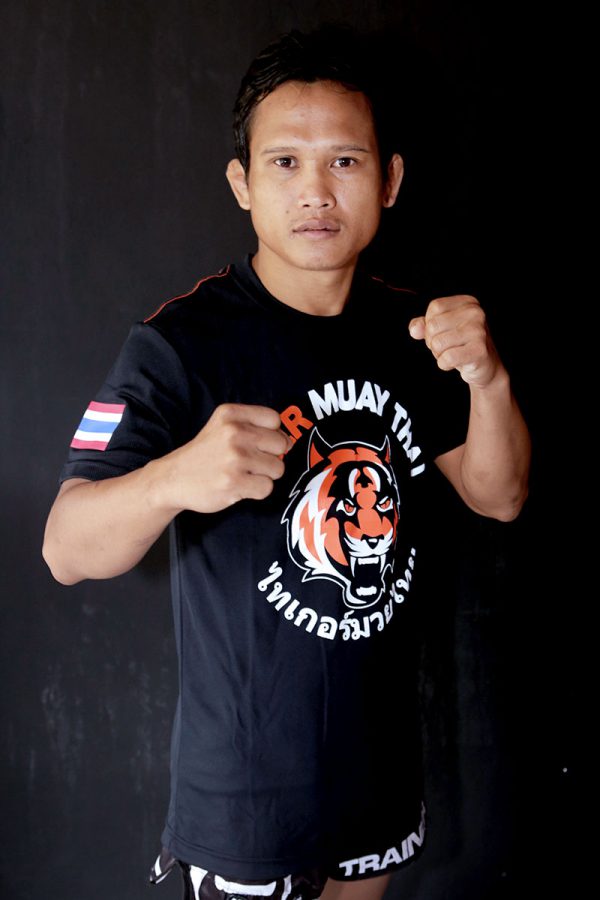 Nong comes from a fighting family, with nearly all his relatives being fighters (most notably his younger brother Fahuschon SIt-O).

Early in his career Nong was a big star around his hometown of Buriram and won 4 North-eastern Thailand titles. He developed very powerful punches (especially his left hook) and started competing under western boxing rules as well. After a stint in Japan, Nong returned to Thailand and joined Tiger Muay Thai where he has become one of our most popular trainers.

Nong still competes at a high level, regularly facing (and beating) fighters who are ranked in the top 10 of his weight class.