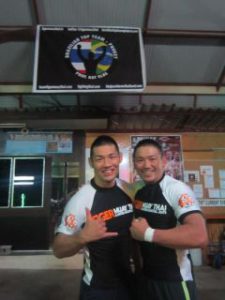 Tiger Muay Thai and MMA Phuket is thrilled to have Japanese MMA sensation Riki Fukuda training at the gym. With a professional MMA record of 17-5, Fukuda lost a controversial decision in his UFC debut to tough prospect Nick Ring.

Having fought in Superbrawl, Elite XC, Pancrase, Dream, and DEEP, Fukuda is one of the most established Japanese fighters competing Internationally.