It was a night of KO’s and first Muay Thai fights as TMT took half the card at Phuket’s famous Patong Muay Thai stadium, September 4, 2008.

Check out all the fight [email protected] FightingThai.Com

Check out all the Muay Thai fight Videos @ TigerMuayThai.TV

Kristen looked absolutely great in her first Muay Thai fight. Alaways moving forward, scoring with kicks, jabs, hard right hands and tip kicks, Kristen kept Nongann (18 fights) out of the clinch. It was a solid knee to the solar plexus that dropped Nong ann in the 2nd round. 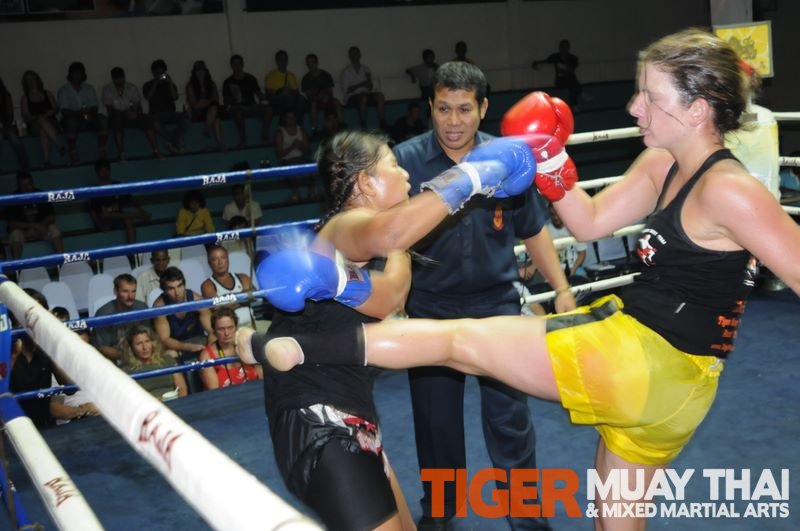 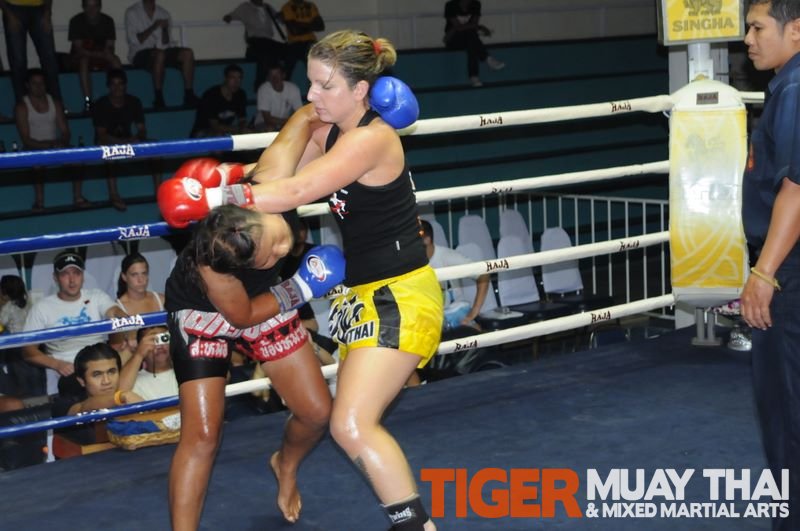 Wiktor looked good and had great conditioning and wore Thonpet down with heavy kicks and knees before scoring the knock-out. This was Wiktors first Muay Thai fight as he prepares for the Bangkok BJJ games and Nevertap.Asia BJJ / MMA Tournament to be held at TMT in Phuket January 17, 2009. 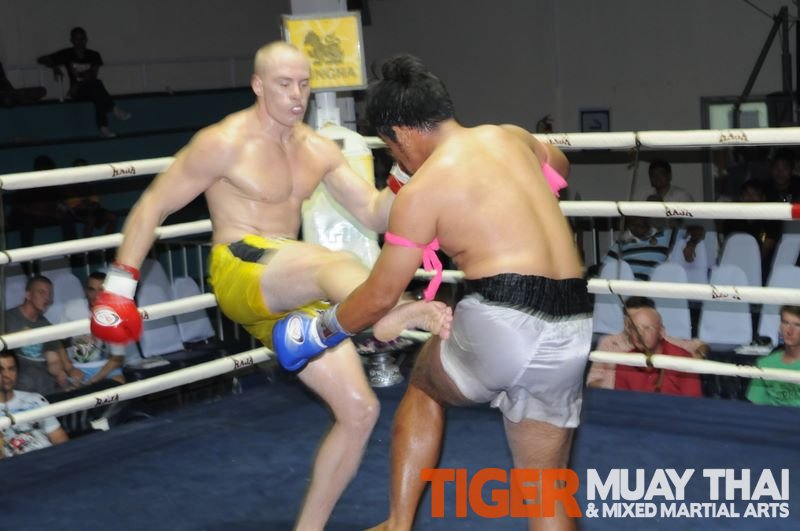 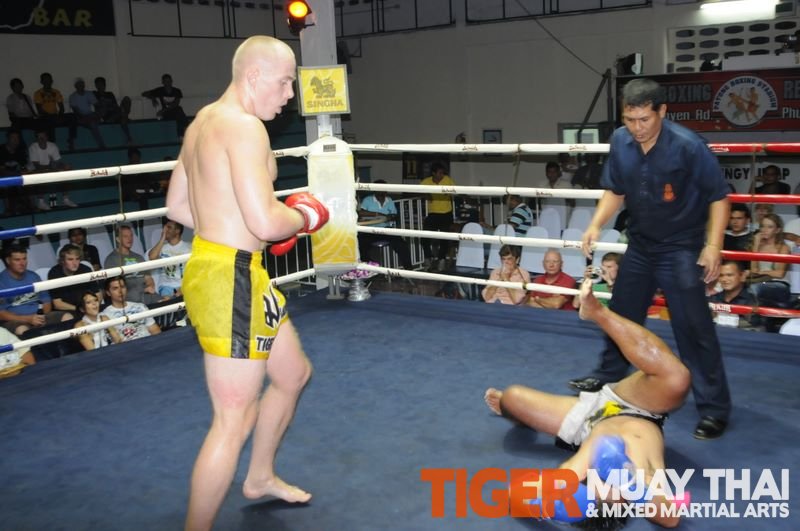 Ritt continued his winning streak to 7-fights-in-arow with a hard left hook that left his opponent in a daze and the referee stopped the fight as the fighter stumbled into the ropes at the eight-count. Ritt will be joining a team of Tiger Muay Thai fighters in international fights in the next few months. 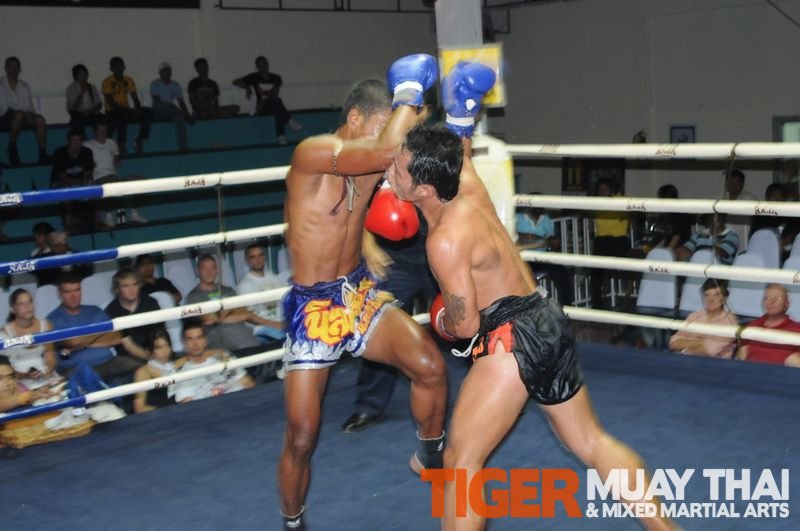 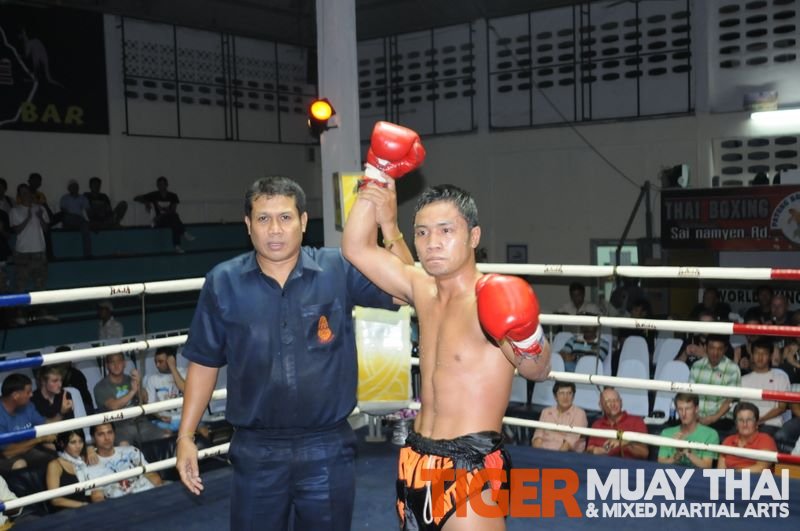 Nongkay in his first Muay Thai fight at 8-years has worked hard the last month for his first fight. A points loss to a older fighter with 10 fights. Nongkay will continue to work with Master Kay and boxing with World Champion Boxer and TMT trainer Ittipong. 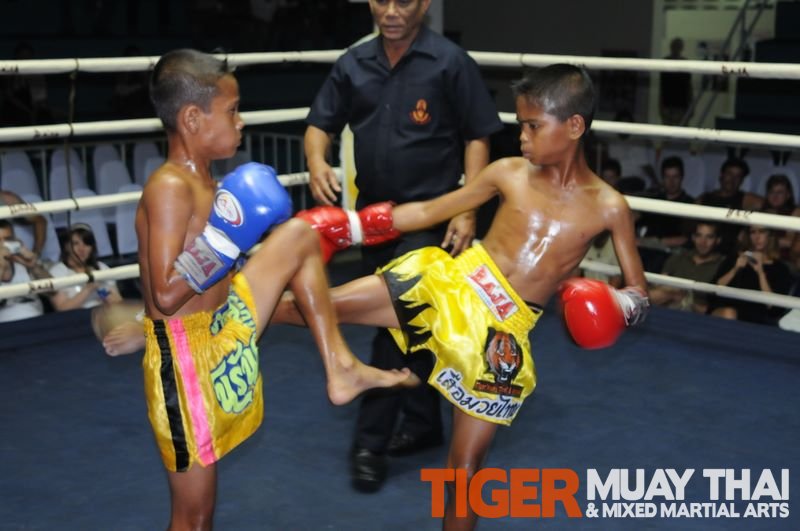