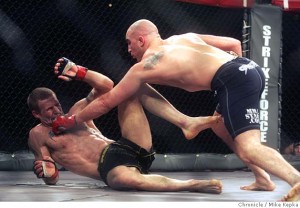 Brian spent nearly a month training at Tiger Muay Thai earlier this year, winning a professional Muay Thai fight at the end of his training trip.  Ebersole showed improved standup dropping Newton in the first with a heavy punch, before winning an eventual decision.

Brian has won 10 out of his last 11 MMA bouts and is quickly establishing himself as one of the top fighters not currently signed by the UFC.  Look for Brian to be back at TMT later this year for another training trip.