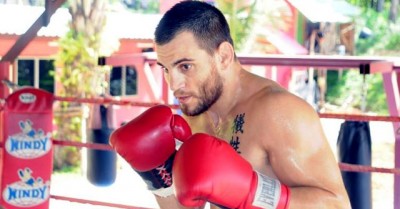 There is no shortage of excitement around Tiger Muay Thai and MMA Training Camp Phuket, Thailand with so many professional fighters taking advantage of the world class training, and UFC pro Jon Fitch was no exception.

Fitch (23-4-1) will be fighting in the UFC 153 card against Erick Silva (14-2) at UFC 153 live from Rio de Janeiro, Brazil. The 34-year-old is coming off a KO loss to Johny Hendricks last December and a draw with UFC superstar BJ Penn before that.

This is Fitch’s first fight this year as he takes on the up-and-comer Silva, who has won two of his first three fights in the UFC and has never gone past the first round in all of them.

Fitch last came to Tiger Muay Thai and MMA Training Camp Phuket, Thailand in 2008 after his decision title loss to UFC superstar George St. Pierre. After training at TMT, Fitch went on a 5-0 run before drawing with Penn.

The explosive American also put on a wrestling seminar during his last stay along with his AKA teammate Nate Moore.

Best of luck to Jon Fitch on October 13!