Tiger Muay thai and MMA training camp gores 2-1 on October 6-7, 2008 as fahpratan continues her win streak defeating her Bangkok opponent with a wicked liver shot that dropped her opponent like a rock. 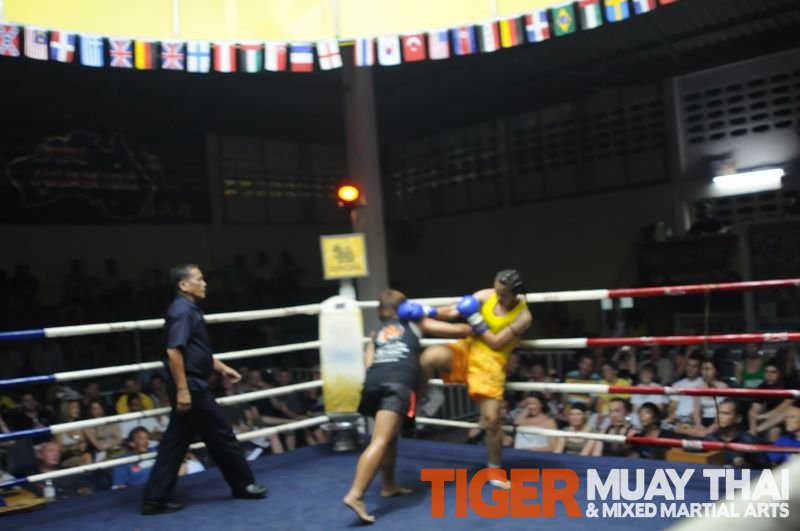 Nazee returned to ring to fight respected foe Michee for the 4th time in 3 years. Michee looked good, and much bigger, but the outcome was the same as nazee scored a big overhand right in the 2nd round for the KO. Great Fight. Michee is a professional Mua Thai fighter and showed a lot of respect for Nazee. 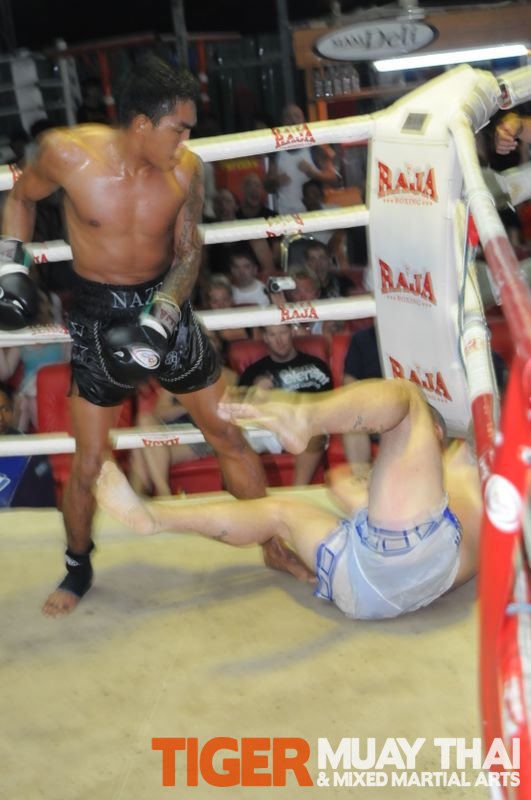 Done’s win streak came to an end with a 3rd round TKO loss. Done looked good early but goot caught in the corner and took several hard combos before going down. 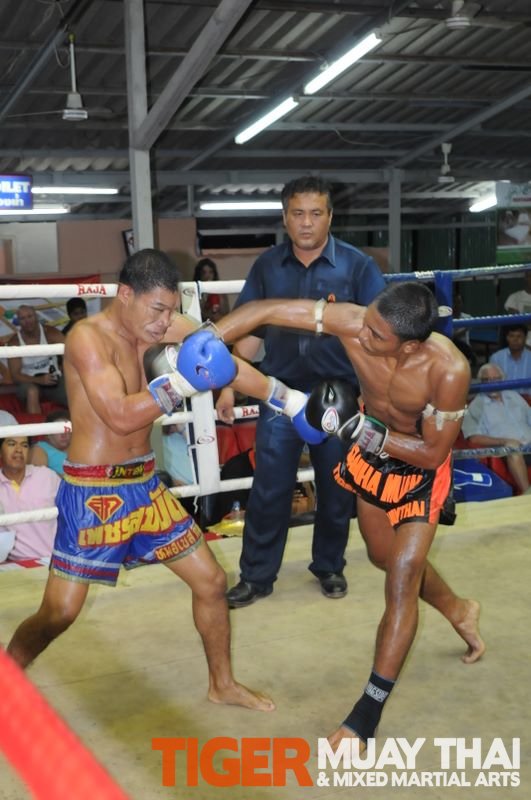 For all the Muay Thai Fight Photos see www.fightingthai.com