It has been a long 3 years working as a Muay Thai trainer and developing his MMA skills and BJJ skills with Tiger Muay Thai and MMA training camp head coach, Ray Elbe, but it is starting to pay off as Ngoo, Tiger Muay Thai’s professional MMA and Muay Thai fighter, and nearing the rank of Purple Belt, has MMA fights in China, Singapore, and Thailand is featured alongside other rising Asian MMA prospects in this months issue of Fighter’s Only Magazine. Pictured below is the article talking about some of South East Asia’s emerging MMA talent. The article also features Alan Fernandez, who recently competed as India’s #1 MMA fighter in a Superfight loss to Tiger Muay Thai’s Ray Elbe with a first round submission on ESPN’s Martial Combat in Singapore, where Ngoo Diyyt has also fought. 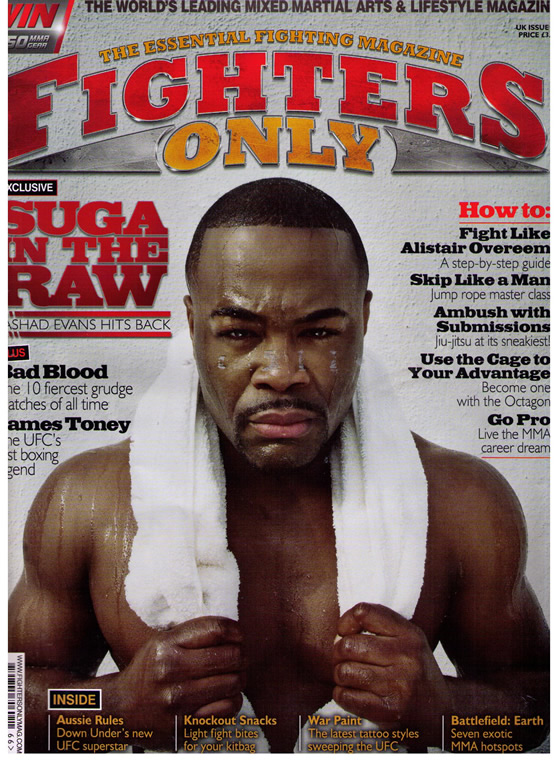 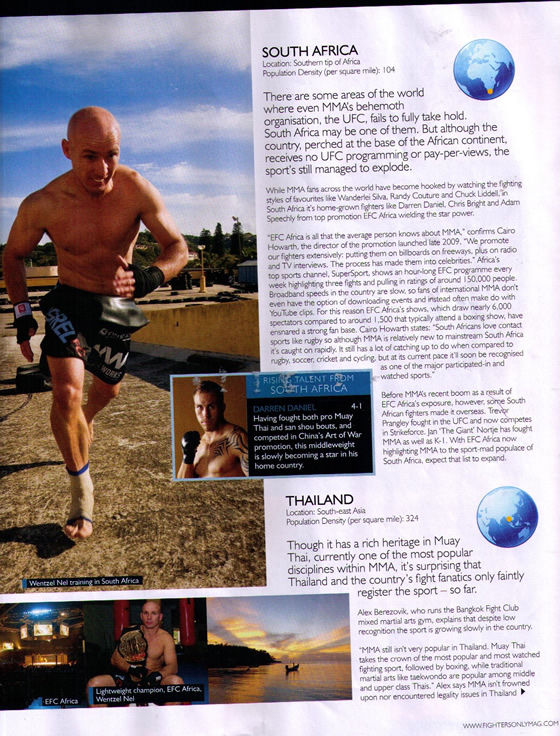 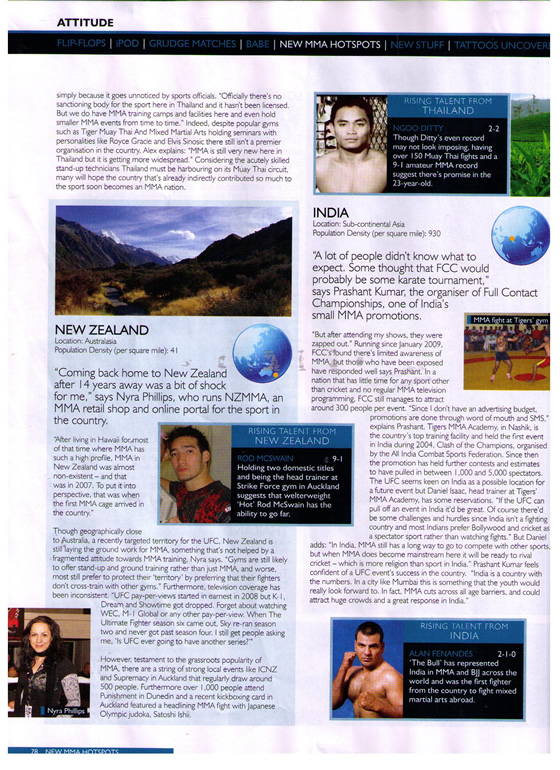