TEMPRARY CAMP CLOSURE! To help ensure stop the spread of the COVID-19 virus in accordance with local government policy, Tiger Muay Thai are closing its doors as of tomorrow (21st March) and we plan to reopen on April 1st, pending further orders from the government. We apologize for any inconvenience caused, and wish everyone remains healthy and strong through this difficult time! Read more 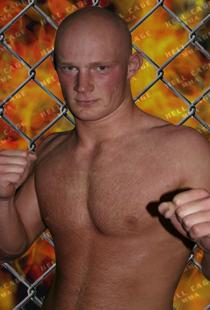 A multiple time Kickboxing Champion, Simon Calrsen of Denmark has quickly established himself as one of the top Middleweights in Scandinavian MMA.

Currently 5-3 as a professional in Mixed Martial Arts, Carlsen owns a victory over fellow Tiger Muay Thai and MMA Phuket Alumni Attila Vegh (recently signed to Bellator). Known for his powerful striking Simon is coming of a split decision win against King Of The Cage veteran Robert Sarkozi.

Training for an upcoming March, MMA fight in Denmark, look for Simon to continue training with the Pro MMA fight team at Tiger Muay Thai.