Tiger Muay Thai Puts 4 Fighters on ONE: KINGS & CONQUERORS in Macau this weekend! 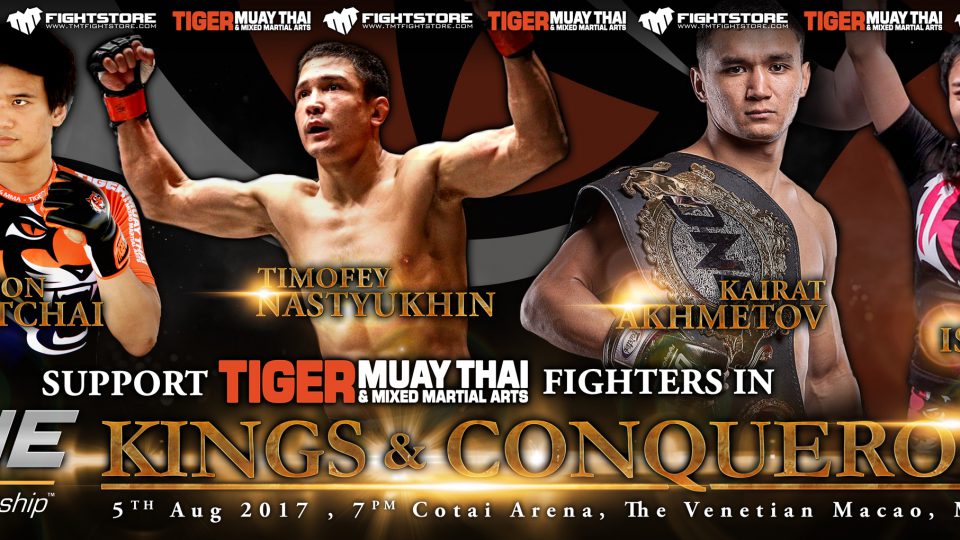 Tiger Muay Thai puts 4 fighters on the ONE Championship King & Conquerors in Macau this weekend!

Kairat “The Kazakh” Akhmetov will be taking on the interim titleholder Adriano Moraes in an rematch to crown the undisputed ONE Flyweight World Champion. Timofey Nastyukhin will be fighting Koji Ando from Japan and Shannon “OneShin” Wiratchai will go up against Rajinder Singh Meena from India.

On the card is also TMT Fighter and upcoming Thai MMA star Rika “Tiny Doll” Ishige who will be fighting against Jomary Torres.

The Event will be streamed live at the Tiger Grill Saturday at 6P.M