Adi, fighting in her first fight in Phuket, took on veteran Nongkarn and scored a hard 2nd round KO. Adi was tenacious in her attack showing good technique blocking, firing low kicks nd then feinting and going to the head. Midway through the 2nd, the referee gave Nongkrn a standing 8-count and Adi moved in a scored a big shot ending the fight.

Sing Noi lost his fight in the 4th round against quality veteran Muay Thai fighter Kom kaew in the main event. It was a tough fight going back and forth. Sing-Noi took a cut on bridge of his nose late in the 3rd round but put on the pressure attacking Komkaew.

The referee stopped the fight midway through the 4th as Sing-Noi raised his hands asking why as he was attacking and not tired. Referee’s call. Great fight. 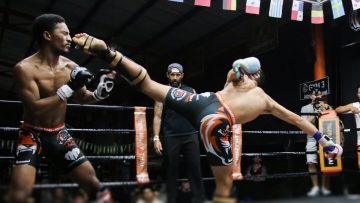 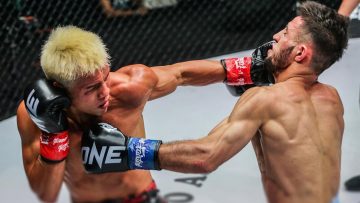