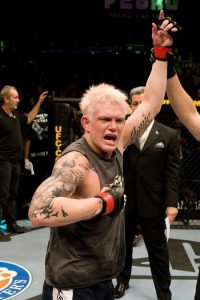 Anyone who is a fan of the UFC Reality TV show should recognize the name Junie Browning. Infamous for his outbursts on the reality TV show, Browning a UFC veteran has struggled against top talent of late.

Living in Las Vegas and training at Extreme Couture, Junie needed a change in order to save his professional fighting career. Purchasing a one way ticket to Phuket Thailand, Junie Browning will be placed on a 30 day probational period as he attempts to make the Tiger Muay Thai sponsored fighters program.

Stay tuned for more videos and blogs from the ‘Lunatik’ as he attempts to revive his career with the help of Brazilian Top Team BJJ Black Belt MagicalRay Elbe.