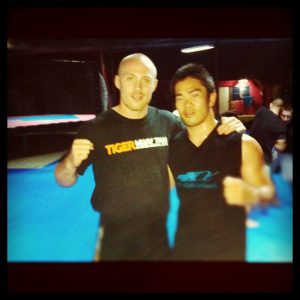 Yoshi was promoted to BJJ Brown Belt in 2008 under Rey Diogo, before eventually receiving his black belt under Master Barbosa.