50% OFF "TMT RE-OPENING SALE" LIMITED OFFER! Book and train anytime starting from the 15th of June until the 31st of July 2020 and get 50% OFF on Training + Accommodation. (click here to book) 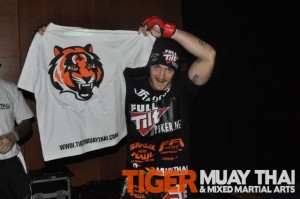 Following that performance Joe Ray added another KO to his 5-0 professional MMA record when he defeated UFC vet Chad Reiner to capture the Martial Combat Superfight Championship. Look for Joe Ray to return in April of 2011.