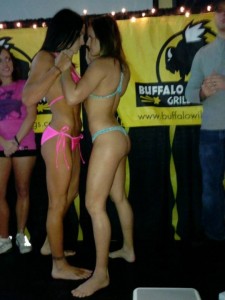 Defeating the world’s #2 ranked 125lbs female fighter, and still undefeated as a professional with a perfect 5-0 record, keep an eye out for Cat Zingano to continue her quest up the world rankings.

Cat Zingano along with her husband Brazilian Jiu Jitsu Black Belt Mauricio Zingano came to the Tiger Muay Thai and MMA Training Facility in Phuket, Thailand to jump start the training camp for her bout against Carina Damm, obviously the hard training paid off!