All good things come to an end, and Ritt’s string of 9-straight wins came to an end in a war with his Thai opponent @ Kata stadium on October 22, 2008. Ritt won their first fight with a 2nd round KO, but the tables were turned in the rematch as these two hardcore fighters went to absolute war over 5-rounds. They cut each other as both took stitches, but in the end the refrees gave the fight to Ritt’s opponent setting up a grudge match. 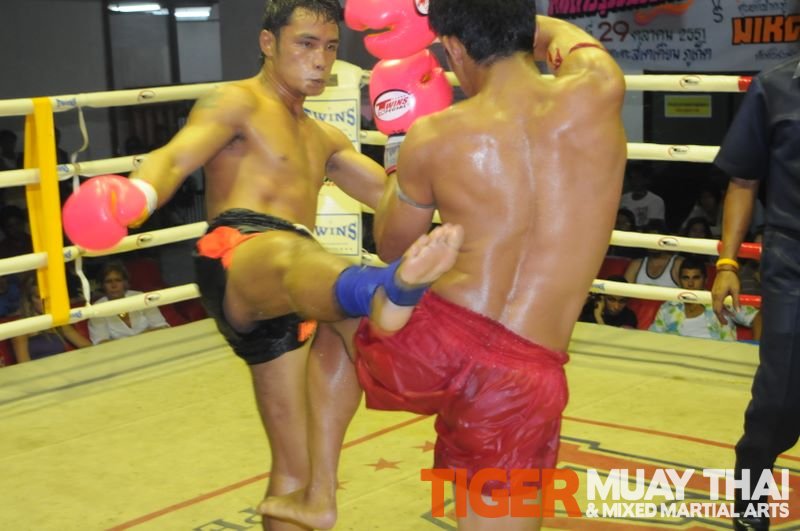 In her 4th fight for Tiger Muay Thai and MMA Training Camp, Veronica continues to impress with another Ko over an opponent that was easily 6-8 Kg bigger than her and had arms the size of a male Thai fighter. But her strength mattered little when compared to Veronica’s clinch. Stepping inside the punches of her opponent, Veronica landed a series of knees in 3rd round that dropped her opponent for good and upping her record in Thailand to 4-0 with 4 KO’s. Impressive fight. 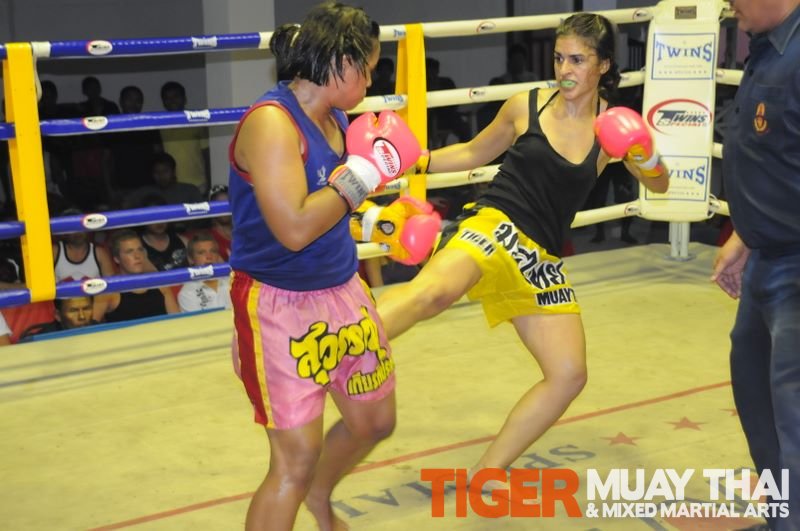 For all the Muay thai fight photos please see www.fightingthai.com