Tiger Muay Thai and MMA training camp, Phuket, Thailand MMA fight team member Andreas Heselback has be ranked #10 in his home country of Sweden as a lightweight in MMA by the country’s leading Fight magazine: FightersMag.

Hesselback has been fighting and training at Tiger Muay Thai and MMA for the last 3 + years and has fights in several South east asian countries and MMA organizations including China’s largest MMA promotion: Art of War.

Hesselback has been nursing and rehabbing a knee injury and should return to action in 2011. 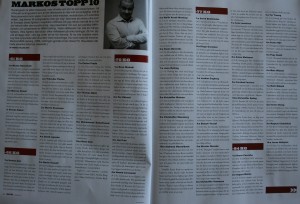