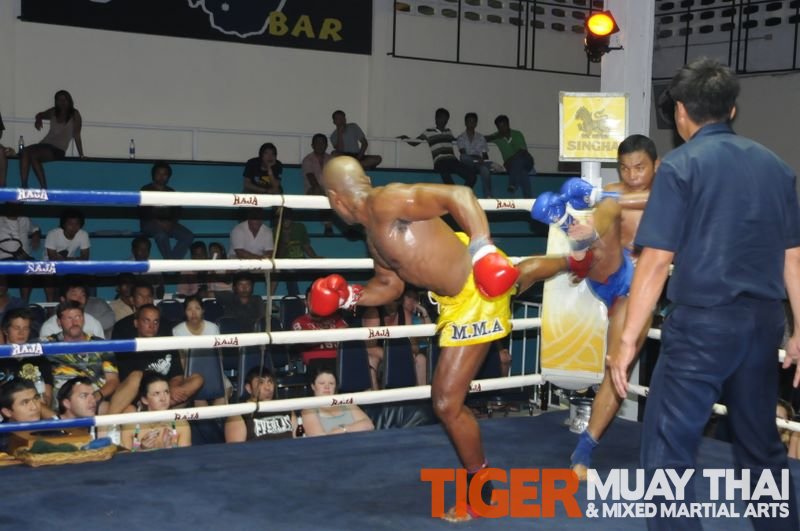 TMT: How does it feel as a foreigner in Thailand training at TMT and fighting for the World Title at the most prestigious Muay The event in the Kingdom of Thailand?

Cyrus: At first felt like an outsider having to correct all my little technical mistakes and training was harder for they gave me the “Chokdee treatment” for 1- 1.5 month,now were like family. I feel a little pressure and but beyond honored to be  given this chance to fight at this event.

TMT: How has your preparation been going at TMT?
Cyrus: Everything has been good,if it broke don’t fix it. (Cyrus is an experienced Tae Kwon Do and Jeet Kon Do Black Belt that has concentrated on mixing Muay Thai with is current skills which creates an exciting style of fighting)
TMT: Has there been a trainer that has stood out in preparing you for your fight?
Cyrus: Berneung and Big Bert,but they all add a little bit time to time to my training in the advanced Muay Thai training program.
TMT: Are you nervous to be fighting in front of 500,000 people and on every Tv station in Thailand?
Cyrus: I haven’t thought of  that part much,but I will get a lot exposure on TV and the croed in the central park not really nervous just anxious.
TMT: How does it feel to be representing your country and TMT fighting during the celebration of the King of Thailand’s Birthday in the heart of Muay thai?
Cyrus: I am proud to be representing Tiger Muay Thai and MMA training camp and the U.S in this event. 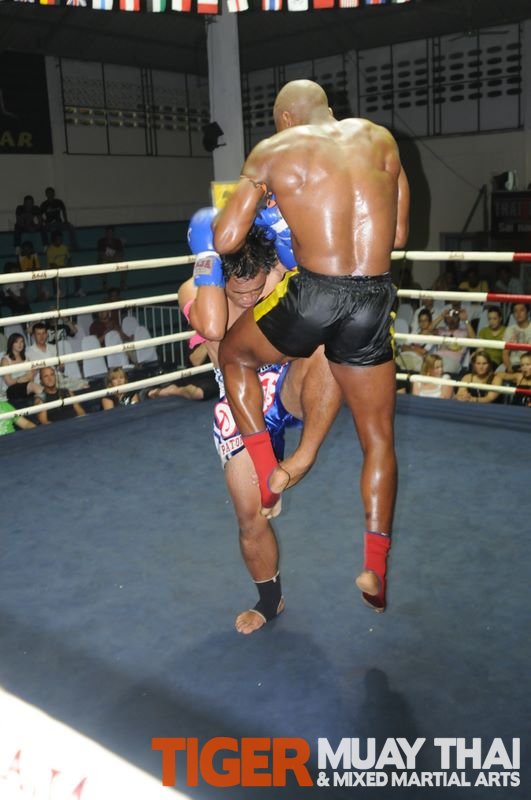