Phil Baroni talks about past, present, and future as an MMA fighter and training at Tiger Muay Thai and MMA, Thailand 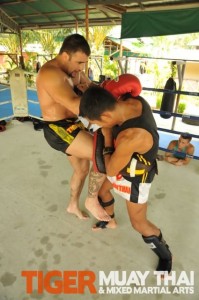 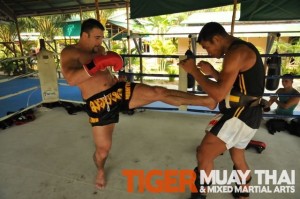 But as a UFC star and veteran MMA fighter, always training and fighting, a long training camp kept getting postponed until Baroni arrived 3 months ago for two months of pure Muay Thai training to prepare for his next big UFC fight.

In the following video, Phil talks about his trip to thailand and Tiger Muay Thai and MMA training camp, about his apprehension travelling half-way around the world and facing a new culture while battling the demons inside him and trying to find himself and where he fits in the MMA fight scene today.

In his two months at Tiger Muay Thai, Phil transforms his mind and body as he embraces the culture and Thailand’s national sport in a true effort to learn Muay Thai and how it can help him become a better MMA fighter. Along the way he learned more about himself and where he is going as a fighter from past. present, and future.

From all the TMT staff and friends you made while staying at Tiger muay thai. Best of Luck, Phil and look forward to seeing you again soon.