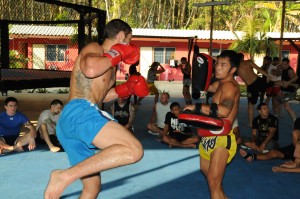 Branded as a “pioneer” of the MMA scene in S.E. Asia, Elbe hooked up with Men’s Now for an article on the rising MMA scene in Asia in general and his big win on ESPN broadcast to over 300 million homes throughout Asia.