It was the biggest fight of her career against her toughest opponent, but after spending 3 weeks training with advanced Muay Thai trainer, Prathet, Laura put on a demonstration of toughness and skill as she took out veteran Women’s Muay Thai fighter and former champion, Nahmthip @ Balngla mUay Thai stadium on September 9, 2008. Laura looked sharp and turned on the power in the 3rd round with 4 consecutive knees to the midsection of her opponent doubling her over and forcing the referee to call a stoppage and a TKO.

Check out Laura’s video on www.TigerMuayThai.tv 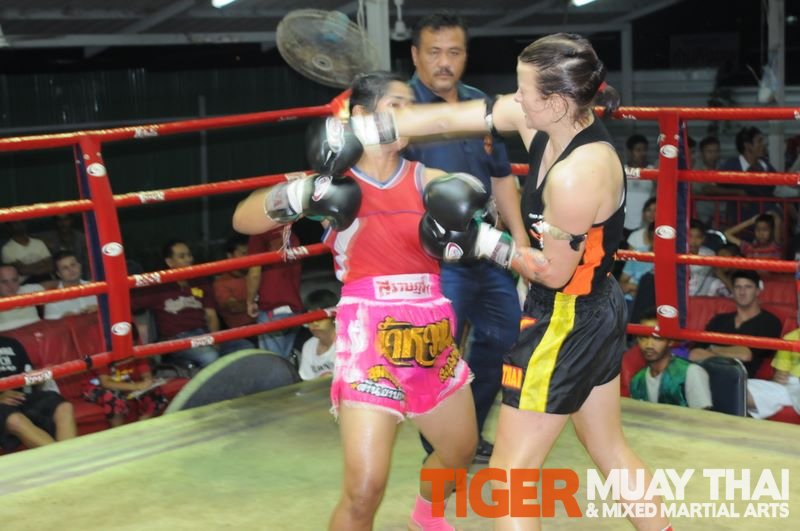 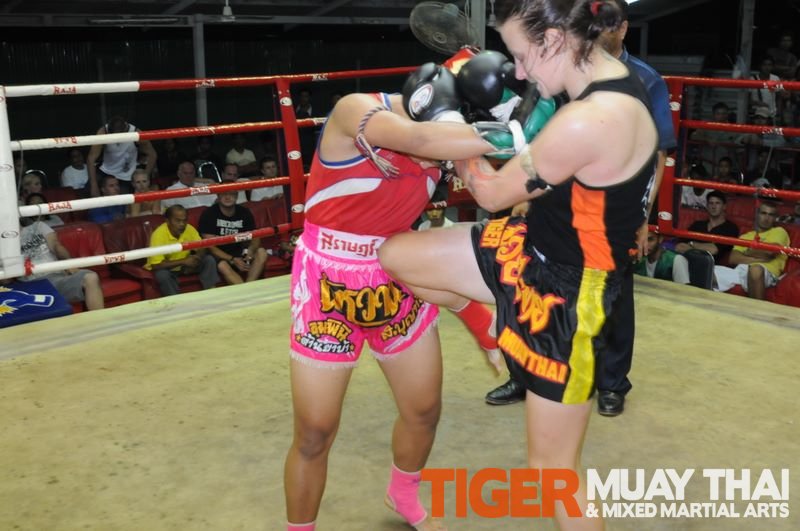 Ngoo fought in a war with nemesis Samersing. The two fighter battled for five-rounds and Ngoo dished out some serious attacks using his spinning and jumping elbows and a variety of nkee and kick attackes, but the refrees saw the veteran Samersing as the dominant fighter in round 5 giving samersing the win on points. Look for these two Muay thai warriors to meet gain in the ring soon. 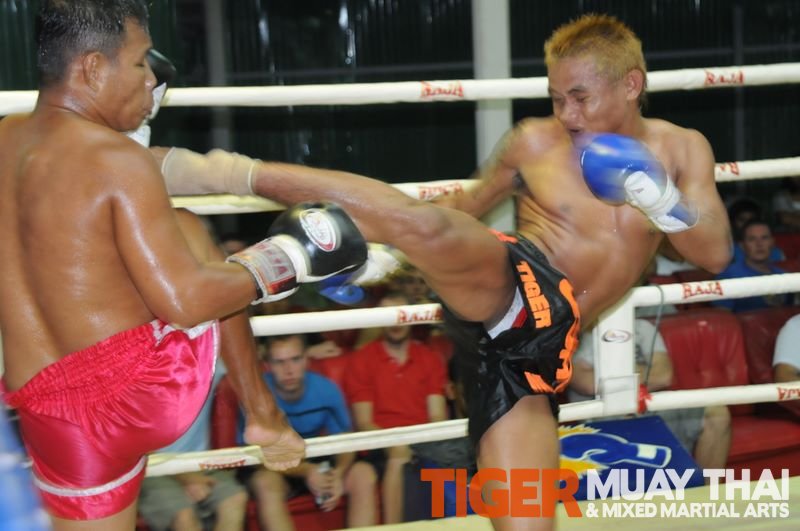 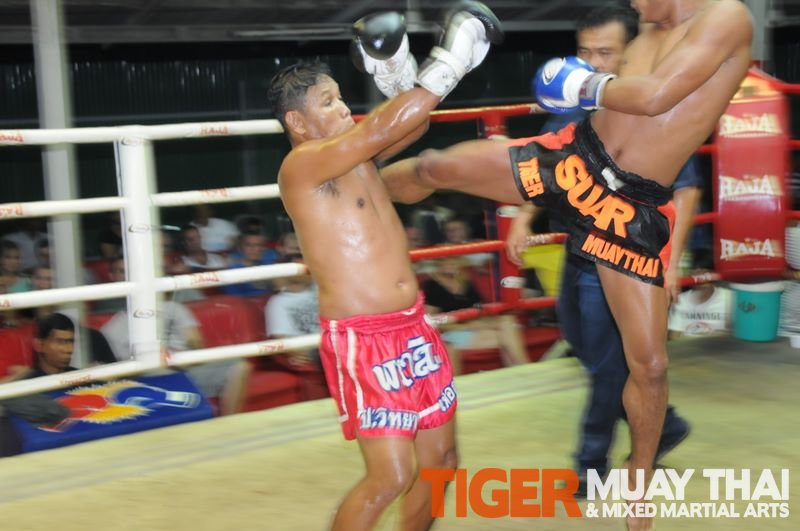 Thanks to all the Tiger Muay Thai and MMA Training Camp guests that cam out to cheer our fighters on to victory.

For all the fight photos see www.FightingThai.Com