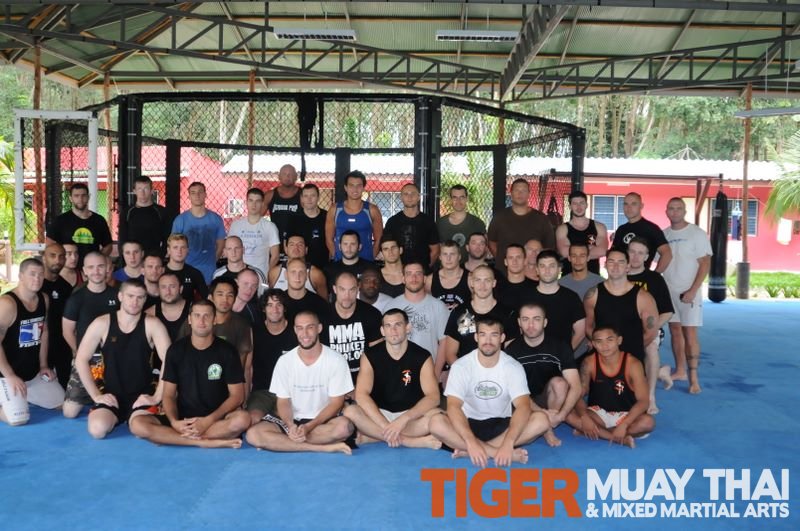 When Jon Fitch is around, you expect to see an MMA cage. However, the turnout was so great for Jon’s MMA seminar that we should have taken the cage down and added some more mats to accommodate all the Tiger Muay Thai and Training Camp guests that turned up to listen to what the All American Perdue University Wrestling Captain and UFC star, and his training partner and AKA teammate Nate Moore, had to say about wrestling and MMA during his seminar, his career as a MMA fighter in the world’s #! fight organization, his roots in fighting, eating habits, supplements, and more. 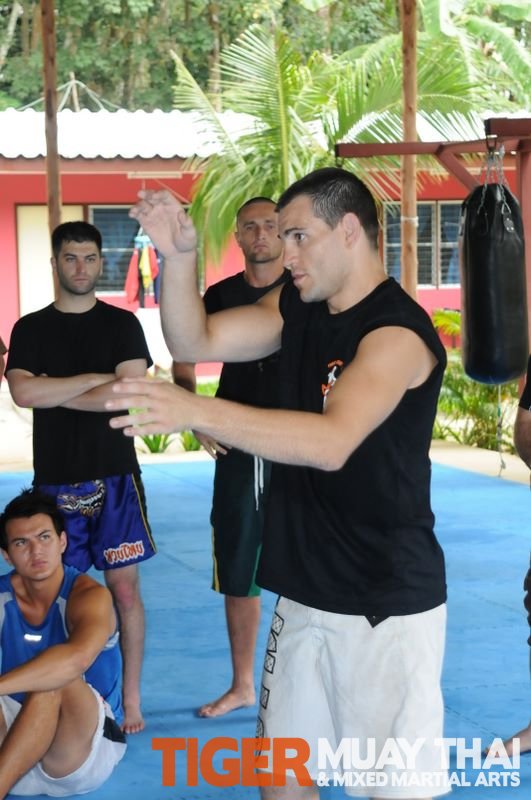 Fitch demonstrated a variety wrestling based MMA techniques to the packed MMA Phuket training facility showing he is as outstanding instructor and fighter. Step-by-step, Fitch slowly went over every move. Jon had the guests attention completely as he showed different angles, advantages, disadvantages of each position breaking down eah move and technique to it’s basic structure. 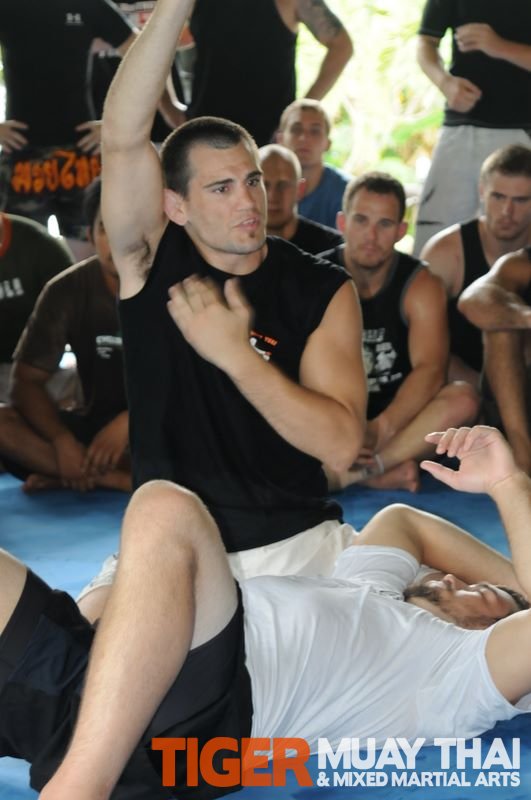 At the end of the trainng seminar, Jon went through a thorough Q & A session with MMA Phuket guests answering a variety of questions from his career, to his thoughts on steroids, to his dislike of Tuna and using certain supplements.
Overall Guests were quite pleased and Jon was gracious to take photos and sign autographs after the seminar. 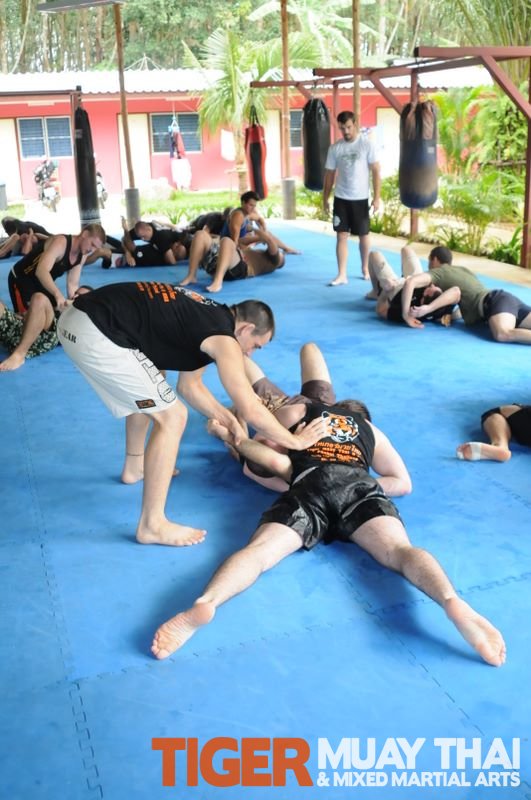 After the session, MMA Phuket head coach Ray Elbe presented Jon and Nate with a little gift of framed photos of their favorite Muay Thai instructors Kru Robert and Kru Ritt.
TMT would like to take this time to say Thanks to Jon Fitch and Nate Moore, and Mike Swick, Jon’s American Kickboxing Academy teammate for recommending training with us at Tiger Muay Thai and MMA Training Camp and the great instructional seminar for MMA Phuket guests.

For a 10 Question Q & A Interview with Jon Fitch and Nate Moore see http://www.TigerMuayThai.Tv