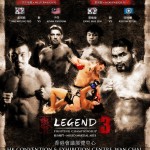 Adam Kayoom, a long time friend of Tiger Muay Thai and head instructor at the Bangkok Brazilian Jiu Jitsu Academy has headed to Tiger Muay Thai to finish the last three weeks of his training camp in preparation for a bout against Sengoku veteran fighter Bae Myung Ho of Korea for the Legends FC event in Hong Kong.

Kayoom, a BJJ Black Belt under American Top Team Instructor Ricardo Liborio, is an accomplished Muay Thai fighter who is hoping to successfully crossover into the sport of MMA.

Running Bangkok’s most popular academy full-time, Adam decided removing himself from his familiar elements and training routine were the best thing for the final weeks of training camp.

With a win against Bae, Professor Kayoom will earn a title shot against the winner of Justin Murray (Also a TMT alumni) Vs. Kim Hoon on the next Legends fight card.

Look for Adam Kayoom to promote a Nogi seminar free of charge to the guest of TMT before heading off to Hong Kong to compete.

More details on his seminar to be announced later.